SASSY HAS BEEN MATED TO FORBYFOR TURBO DIESEL AND HOPEFULLY PUPPIES WILL BE BORN AROUND THE 2ND MARCH.  THIS IS A REPEAT MATING OF LOOKYLOOKY LITTLE CRACKER AND I WILL KEEP YOU UPDATED .

Sassy has grown into a lovely girl.  She is as fast as Fly, which I would never have believed possible

and has such stamina.  She will outrun all of my dogs and enjoys everything she does. 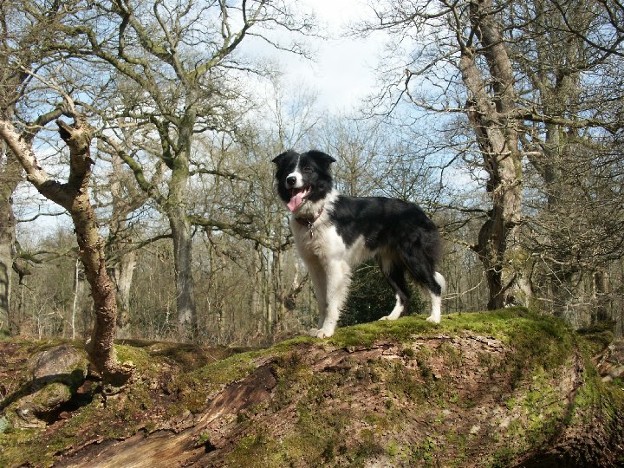 obedience training is coming on lovely and she has such natural stylish heelwork.

She does love to look her best, and often arranges a mud bath 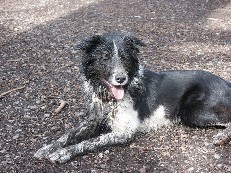 but it does make her a beautiful girl, in my opinion 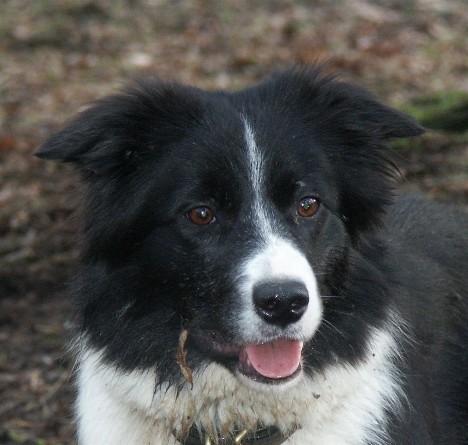 Would you believe it, but I put Sassy in the ring once and she won her class.  Clever little girl. I pulled her back out because I want to concentrate on her having puppies and I am pleased to say that Sassy was successfully mated on 31st December 2005.   Please see puppy page. This is a picture of Sassy taken January 2006 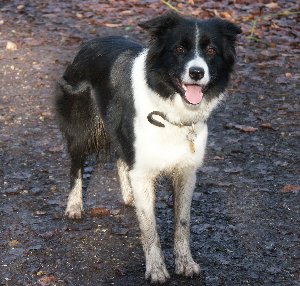 Sassy was a very clever girl and 2nd time back in the ring after her pups she won her 2nd Novice in July 06.  Bless her.  I need to get her fit now to continue her work.

Only competed a couple of times with Sassy during 2007.  She had a season at the start of the season and I put her on the back burner while I worked my other dogs. Knowing she was going to have another possible litter later in the year.   However, bless her  she managed to obtain a couple of places in A and I am hoping to re enter her during 2008 .

Here are a couple of pictures taken of Sassy during 2007

Isn't she a pretty girl

She is such a poser

of the above photo

Sassy has had a fantastic year and has won out of A and had a 2nd in B.  what a clever girl

Here is a little video of Sassy doing a little bit of heelwork in my village hall.  She is a little silly as due in season very soon