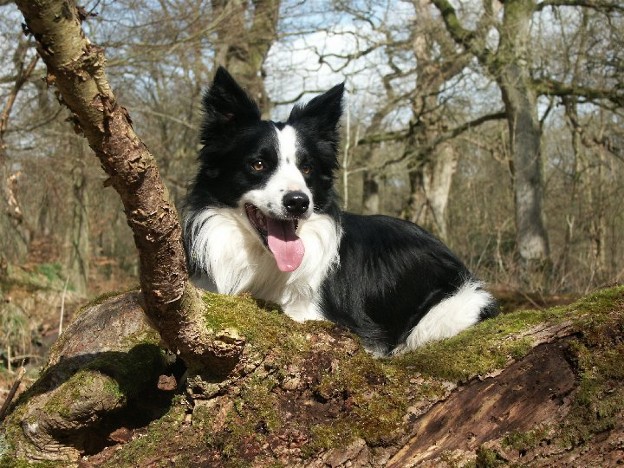 A picture of Acer was sent to me via email and I just fell in love with him.  Emotional it was.

I drove all the way to north wales to pick him up and I have never been disappointed.

Acer is his own man, and I consider him to be a soul mate.   Acer has competed on two

occasions during 2005 and obtained a 2nd Place on his very first outing.His training is

progressing really well.  He has worked on sheep and I enjoy whatever discipline we perform in. 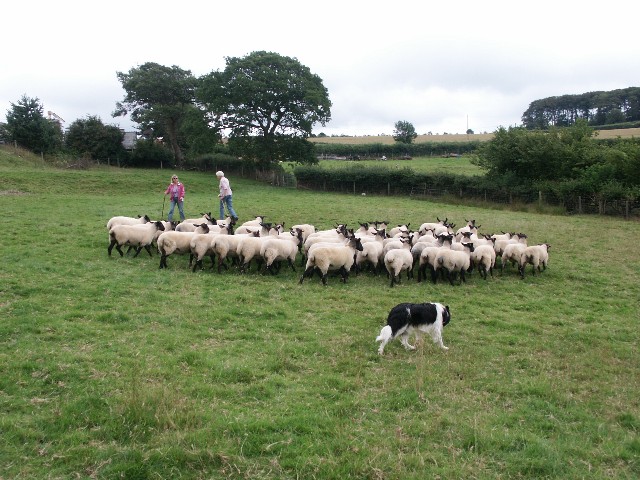 Here you will see Acer enjoying the water.  He just loves to splash and make splashes 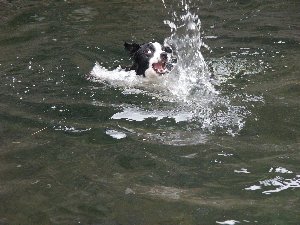 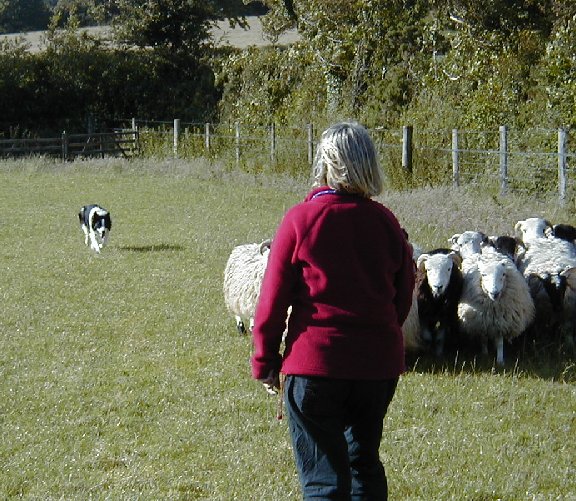 Acer attended his first show in 2006 at Cardiff.  He did a superb round and was lying 2nd before stays.

Unfortunately, it rained very heavily and he sat up at 1.47seconds. Poo! I thought.

Not a silly dog he didn't want to lay on the wet grass so who can blame him really.

He ended up getting a 6th Place, but I was really happy with his work.

This is a picture of Acer doing heelwork July 2006.  Again photograph courtesy of Mrs Bev Barker.

A few weeks earlier he won a Novice class in Obedience.

It gives me pleasure to report that Acer won his second Novice in August 2006.

Will keep you updated.

until July 2009.  We started competing in August 2009 but had sendaway problems where he wouldn't lay down when told

but came running back to me.  We also developed some Distance Control problems where he would look around at any

movement and would miss positions which obviously is too costly.  2009 hasn,t been our best year, but I am positive that

I will be able to put these matters right and come out again in 2010 hopefully with much better results.

Acer won his last A at Stonehouse Show in August.  What a clever boy he is.  the show entries have closed for his year so will be bringing him out B and C next year.

My darling Acer was Put To Sleep on 18th May 2010.  Keep safe my boy until we meet again
I miss you so much